Skip to content
It was something I hadn’t even dreamt of, but it came true: Rishi
Thursday, 21st June 2018  |  BFC Soccer Schools

When He Sent In A 30 Second Clip To KIA Motors To Be An Official Matchball Carrier At The FIFA World Cup, Rishi Tej Was Pushing His Luck. Now, Back From Shaking Hands With Eden Hazard In Sochi, He Tells BFC Soccer Schools About The Experience…

Rishi Tej joined BFC Soccer Schools in 2016 and quickly made his way up the ranks and into the club’s U11 academy. When Blues’ captain Sunil Chhetri posted a video about KIA Motors’ competition to choose matchball carriers at the FIFA World Cup in Russia, he didn’t waste any time.

“I quickly recorded a video of me doing some tricks with the ball and sent it in. I knew a lot of other kids would be applying, so I didn’t even think I would win, but I had to try my luck. Now, I’m so glad that I did!” says Rishi.

Chosen as one of fifty nominees from a list of 1600 children, Rishi made his way to Delhi where he was selected to represent India at the FIFA World Cup. He was also the youngest to send in an entry and be selected, a moment he says he will never forget.

“For me, Sunil Chhetri is my biggest hero. When I got to stand with him and click those pictures in Delhi, it was something I’ll never forget. Going to Russia was something I hadn’t even dreamt of, but it came true,” he says.

Rishi wears the number 13 on his jersey for the club’s U11 team, something that he says is his lucky number, and for more than one reason. “When I sent in my application, it was number 58 and five plus eight adds to 13. Then when I went to the airport to fly to Russia, we were boarding at gate 13. I thought it was coincidence until someone told me that Belgium’s game against Panama was also match number 13 of the tournament.” 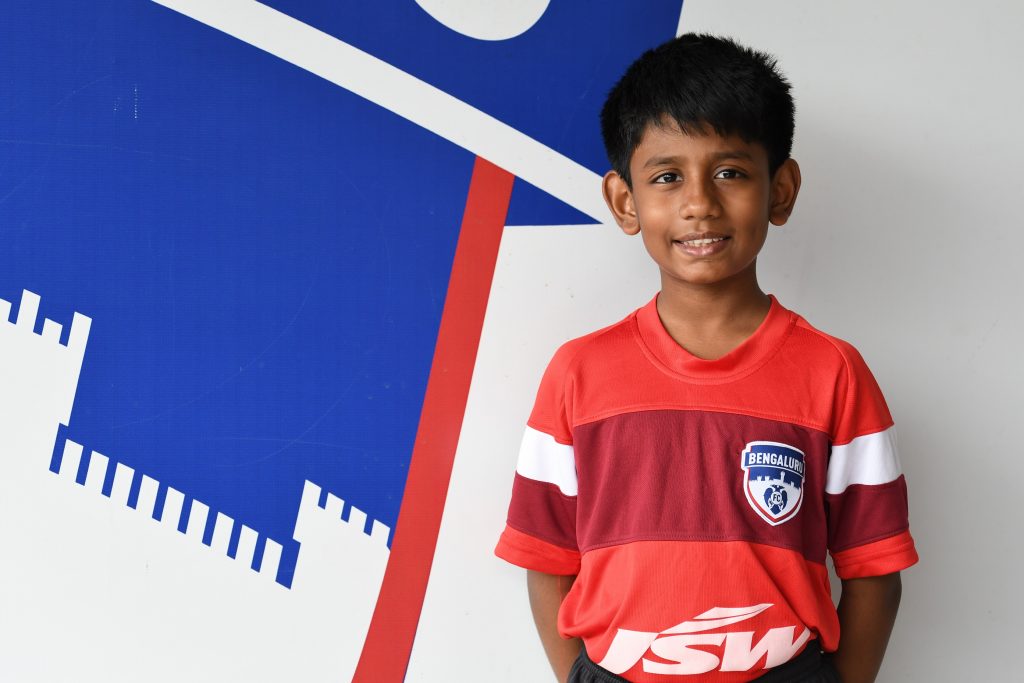 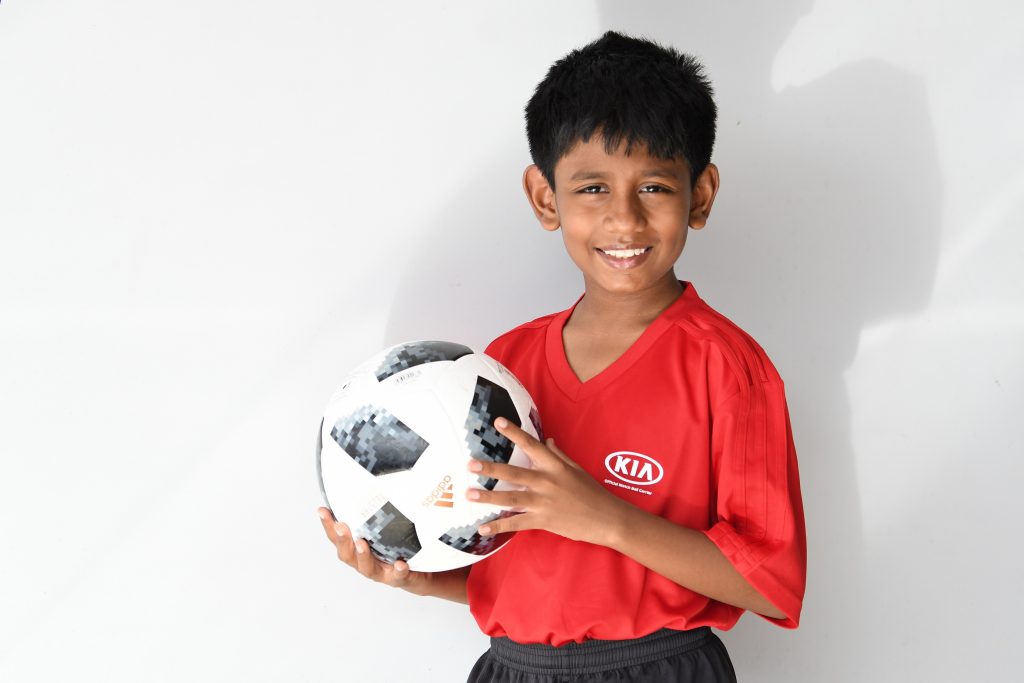 Having lined up in the tunnel, Rishi waited with bated breath as Eden Hazard came to him. “I was so excited that I rushed up to him and shook his hand. I told my friends at school, and I’m sure some of them wouldn’t believe me. It was an unbelievable experience that I’ll never be able to forget. The whole world was watching and the stadium was sold out. For someone who plays football, it was the kind of thing that motivates you. I want to be able to walk down a tunnel at the World Cup again, but next time I want it to be the Indian national anthem and hopefully I’ll be wearing an India jersey instead!”